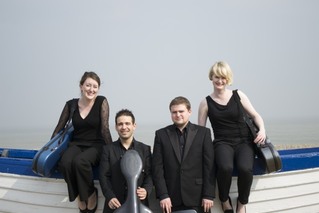 The Artesian Quartet have debuted at the BBC Proms, been broadcast on Radio 3, and tour in the UK as well as internationally.  They were the 2013/14 St Peter’s Prize Winner Quartet, 2014 Park Lane Group artists and will be one of the three 2014/15 ChamberStudio mentorship groups at King’s Place.

Based at the Royal Academy of Music where they are 2014/15 CAVATINA Chamber Music Fellows, the quartet has enjoyed mentoring from musicians of the Belcea, Endellion, Maggini and Takacs Quartets.  They have also greatly benefitted from the support of the Britten Pears Foundation.

With frequent invitations to give concerts, the Artesians have twice performed at the Lake District Summer Music Festival, at the Colston Hall in Bristol and regularly in and around London at venues including Wigmore Hall and the Purcell Room.

Managing an increasingly demanding schedule, the quartet’s commitments are balanced with all four player’s individual opportunities which range from trials with major British orchestras to concerto performances and recitals.   The next twelve months will see further extension of their core repertoire alongside continued exploration of less standard works following successful associations with composers Nicola LeFanu and Paul Patterson. 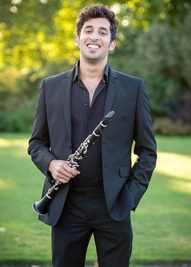 Max Welford graduated from the Royal Academy of Music in 2012 and has since performed as a soloist, chamber musician and orchestral player in the UK, Europe, the USA and Asia. He is a 2014 Park Lane Group Young Artist, a Concordia Foundation Artist, and recently made his debut at the Wigmore Hall.

Max’s recent Purcell Room performance with duo partner Katherine Tinker was described in the press as “excellent…oozing class” (The Guardian), and as having “real dynamism and cohesion, a sense of conversation” (The Times). The duo also gave the world premiere of Shiva Feshareki’s “Manic Pixie Dream Girl”, in which Max’s playing was described as “almost beyond belief in it’s supremely confident accomplishment” (Classical Source). Last year Max worked with composer Colin Matthews in a public workshop of his completion of Benjamin Britten’s unfinished clarinet concerto, which he also performed twice in London. Other solo appearances have included performances at St. John’s Smith Square, St. James’ Picadilly, in the St. Giles Barbican’s ‘Rising Stars’ Series and for music societies across the country.

Max performs regularly with a number of groups including as a member of the Marylebone Wind Quintet (2012 Tunnell Trust Award winners), principal clarinet of the Faust Ensemble and ensemble leader of the award-winning Size Zero Opera Company, with whom he has given premieres at the Royal Opera House, LSO St Luke’s and the Yong Siew Toh Conservatory of Music in Singapore. He has performed as an orchestral musician at all the major London venues as well as at the Lincoln Center in New York and the BBC Proms. Max has recorded studio albums by Katie Melua, Pink Floyd and Rick Wakeman and has performed live with artists including Deep Purple, Imogen Heap and Paul Weller.

Born in 1990, Max studied at the Junior Royal Academy of Music with Elizabeth Drew before accepting a scholarship to continue his studies as an undergraduate in 2008. He was taught by Mark van de Wiel, Andrew Marriner, Angela Malsbury and Chi-Yu Mo and received further training as a student on both the LSO and London Sinfonietta Academies. During his studies he was the winner of three of RAM’s major prizes, including the Harold Craxton prize for a performance of Brahms’ Clarinet Trio with the late Jacob Barnes. 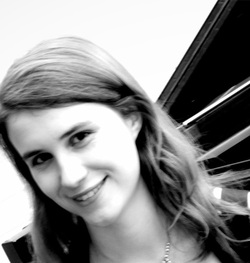 Katherine Tinker is a pianist residing in London, and is a Park Lane Group Young Artist with her duo partner, clarinettist Max Welford. She has performed at venues including the Purcell Room, the Roundhouse in Camden, the Lindbury Studio Theatre Covent Garden, and at the Kings Place Festival. She was invited to play the music of Graham Fitkin for a BBC Proms Plus event which was also broadcast on BBC Radio 3, and will be premiering a new work by RPS award winning composer Philip Dawson later this year. Upcoming concerts include duo recitals at Cheltenham Town Hall and St. James' Piccadilly, and well as a performance in Steve Reich's most recent opera "Three Tales." Future plans include making her debut solo recording .

Katherine studied music at Christ Church College, Oxford, where she was awarded a Joan Conway instrumental scholarship. On graduating, she studied for a Masters degree in piano performance at the Royal College of Music, under teachers Niel Immelman and Andrew Ball. Her early piano studies were with Ronald Smith, Yonty Solomon and Ian Jones.

Katherine is an alumna of the London Sinfonietta Academy and the BBC Symphony Orchestra Pathway Scheme. As a member of the 2014  London Philharmonic Orchestral Future Firsts she has performed in the Royal Festival Hall and the Queen Elizabeth Hall, and as a soloist she has recently performed Clara Schumann's rarely heard Konzertsatz with orchestra. She is the founder and Artistic Director of the Harrison Ensemble. 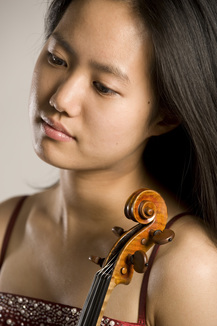 Winner of the prestigious The Arts Club Karl Jenkins Classical Music Award 2014 in association with Classic FM and The President's Award presented by HRH The Prince of Wales, Korean-born British violinist Joo Yeon Sir has performed as a soloist, recitalist and chamber musician at major venues across the UK including Wigmore Hall, St. Martin-in-the-Fields, St James's Piccadilly, Fairfield Halls, Victoria and Albert Museum, National Gallery and St James's Palace in the presence of HRH The Prince of Wales.

In 2006, aged sixteen, Joo Yeon was overall Grand Prix Laureate at the Nedyalka Simeonova International Violin Competition in Bulgaria, where her gala performance was broadcast on Bulgarian National Radio. Since then, she has won numerous competitions and awards across Europe including the Making Music Philip & Dorothy Green Award for Young Concert Artists, Tillett Trust Young Concert Artist Platform, Royal Philharmonic Society Emily Anderson Award and Isolde Menges Prize. Joo Yeon has twice won the prestigious Concerto Competition at the Royal College of Music, where she currently studies with Dr. Felix Andrievsky on the Artist Diploma programme as Constant & Kit Lambert Junior Fellow 2014-2015 awarded by The Worshipful Company of Musicians.

Also a composer, Joo Yeon won the coveted title of BBC/Guardian Young Composer of the Year in 2005 for her composition Conflict in Time, which was subsequently performed at Wigmore Hall, Cadogan Hall and broadcast on BBC Radio 3. During her studies at the Purcell School, she composed a work for the Birtwistle Games Festival at the Southbank Centre. Her first orchestral work Cold Dark Matter; an Exploded View for Orchestra was inspired by the British sculptor Cornelia Parker's work of the same title and was premiered at the Queen Elizabeth Hall in February 2008. At present, she is working closely on own transcriptions and compositions with her violin-guitar duo partner Laura Snowden for Snowden-Sir Duo, supported by International Guitar Foundation Young Artists Platform. The duo is also committed to bringing music to the wider community, performing at St. Wilfred's Care Home, Chelsea & Westminster Hospital and Guy's and St. Thomas' Hospital. This year, the duo was invited to work with Royal College of Music Junior Department Composition Faculty.

Performance highlights in the current season include debut recital at Bridgewater Hall as part of Manchester Mid-day Concert Society's Centenary Season as well as concerto appearances with Croydon Symphony Orchestra in Fairfields Halls, Wimbledon Symphony Orchestra, City of Cambridge Orchstra and Trinity Camerata supported by Making Music Philip & Dorothy Green Award for Young Concert Artists. As Constant & Kit Junior Fellow 2014-2015, Joo Yeon will also be working as an illustrator of the violin repertoire, appearing in four rush-hour recitals at RCM throughout the year, showcasing the complete 10 Sonatas for Violin and Piano by Beethoven with 10 different RCM pianists.

Kumi graduated from the Toho Gakuen High School of Music and the Toho Gakuen University of Music in Tokyo. In 2007 she moved to London for her further study at the Royal College of Music where she gained an Artist Diploma and a Master of Music in Performance. Kumi studied piano with Jyoko Gondo, Mikhail Voskresensky, John Blakely and Ashley Wass and chamber music with Jan Repko. Her study was supported by the Charles Napper Award, the Russell Gander Award and the Rohm Music Foundation.

Kumi is now the Anthony Saltmarsh Junior Fellow in Accompaniment at the Royal College of Music.