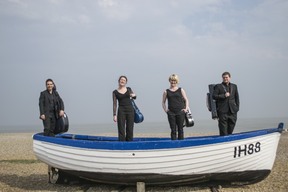 The Artesian Quartet is a young, dynamic group, passionate about chamber music.  Founded in 2009 and increasingly in demand, their trademarks include high energy, spontaneity and a fresh approach to texture and colour.

'…Great control and dynamic subtlety… their playing at once separated and integrated…'   The Strad, April 2014

'The Artesian Quartet play with tremendous energy, attention to detail and their sheer enjoyment in concert is always evident… they are definitely an ensemble to watch out for now and in the future!'     Martin Outram, Maggini Quartet, 2012 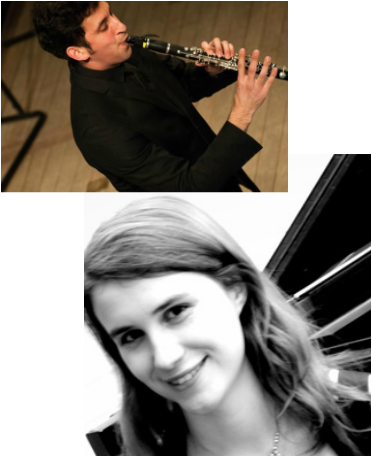 
Max Welford graduated from the Royal Academy of Music in 2012 and has since performed as a soloist, chamber musician and orchestral player in the UK, Europe, the USA and Asia. He has been a 2014 Park Lane Group Young Artist, a Concordia Foundation Artist, and will make his Wigmore Hall debut in Spring 2015.

Katherine Tinker is a pianist residing in London, and is a Park Lane Young Artist.  She has a special interest in accompaniment, orchestral piano, and contemporary classical music, and has performed at venues including the Kings Place Festival, the Roundhouse in Camden, and the Lindbury Studio Theatre Covent Garden.

Max and Katherine's debut recital at the Purcell Room was described in the press:

'real dynamism and cohesion, a sense of conversation'    The Times 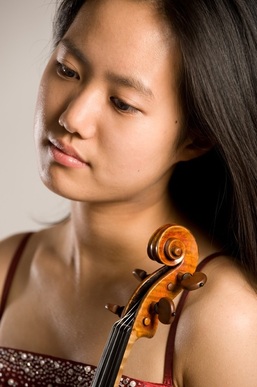 Winner of the prestigious Karl Jenkins Classical Music Award 2014 in association with The Arts Club and Classic FM, Korean-born British violinist Joo Yeon Sir has performed as a soloist, recitalist and chamber musician at major venues across the UK including Wigmore Hall, St. Martin-in-the-Fields, St James's Piccadilly, Fairfield Halls, Victoria and Albert Museum, National Gallery and St James's Palace in the presence of HRH The Prince of Wales. 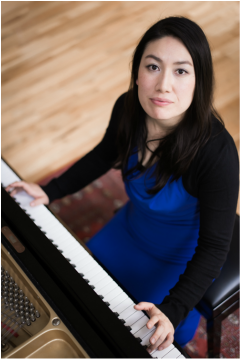 
Kumi is now the Anthony Saltmarsh Junior Fellow in Accompaniment at the Royal College of Music.