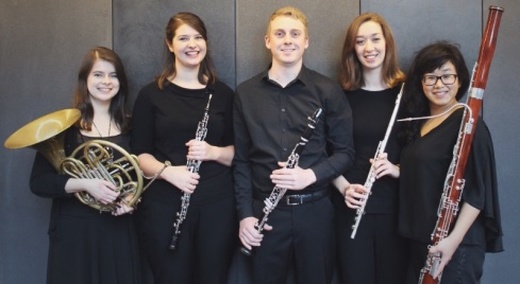 Young Bulgarian pianist Evgeny Genchev has steadily been gaining wider recognition and critical acclaim. He has given numerous recitals and concerts across Europe, North America, China and Australia, and has won prizes at more than fifteen national and international piano competitions.  Martin Ivanov was born in 1990 in Bulgaria into a family of musicians. Since 2012 Martin has been studying with the very active pianist and conductor Professor Stefan Vladar. As a student at the University of Music and performing Arts, Vienna Martin has been involved in masterclasses with Professors Boris Bloch (Germany) and Mischell Beroff (France). Some of his next artistic plans include concerts in Paris in March 2016 (one of which is at the Paris National Radio), the Pennautier Festival, France in the summer of 2016, and a concert tour in Germany and Hungary.

Emily Davis leads a busy and vibrant orchestral life. She is Principal First Violin for the City of Birmingham Symphony Orchestra, very much enjoying this exciting and passionate musical community. She has appeared with orchestras across the UK, including the London Symphony Orchestra, Philharmonia Orchestra, English National Opera, Royal Northern Sinfonia and the Bournemouth Symphony Orchestra, and she regularly appears as a guest leader of the Les Miserables pit orchestra in the West End. This year Emily is appearing as co-leader with the Budapest Festival Orchestra, by invitation from Iván Fischer. She has also been appointed as Concert Master of the European Union Youth Orchestra for the year 2016-17, and will lead them in their Summer Tour, visiting Europe's finest concert halls under the batons of Vasily Petrenko and Bernard Haitink.

French pianist Cécilia Coullet is a recent Graduate of the Royal Academy of Music where she did a Masters in Piano Accompaniment with Michael Dussek and James Baillieu. She now performs in the UK and in France as a solo pianist and chamber musician. She is part of several ensembles such as Trio Accroche-Coeur and Trio Sebes, and regularly performs with cellist Rebecca Wise, violonist Anne Hopfmüller, and soprano Clare Tunney.

António Novais is a Berlin-based cellist and is focusing his career in Germany and the UK playing chamber and orchestral music.
António has been in demand for principal and section positons with many orchestras across the UK, including BBC Scottish Symphony Orchestra, Royal Ballet Sinfonia, Birmingham Royal Ballet and Orchestra of the Opera North. António’s orchestral journey included being co-principal of the European Union Youth Orchestra in 2010, where he had the chance to perform with renowned conductors in the great concert halls all over Europe, Asia and Ameria. He was also awarded The Sir Robert Bellinger Award during his time in the orchestra.
​

​Norwegian pianist Oda Hjertine Voltersvik has been considered by the renowned conductor Marios Papadopoulos as a “pianist with great sensitivity and lovely tone” and by the pianist Gabriele Baldocci as “a musician with a wonderful control of the instrument and innate sense of the music.” In summer 2014 and 2015, she was "Artist in Residence" at Troldhaugen (Grieg`s home) in Bergen, Norway for one week. She has performed concertos with the Sinfonietta of Athens 2010, and with the Norwegian–Polish Youth Orchestra in Poland and in Bergen 2014. Oda was a finalist in the Trinity Laban Soloist`s Competition 2016 and is a founder of the Volt Ensemble consisting of young and upcoming musicians from Scandinavia.

Considered by Martha Argerich “a very gifted and deep pianist” and by Pascal Rogé “a pianist with a flawless technique, and a spontaneous refined musicality”, Giulio Potenza, was born in Palermo (Italy). Giulio has been invited to give master classes at the Hammamett Piano Festival, at the Windsor International Piano Competition, where he was also a juror of the competition, and the 1st Windsor Piano Academy Masterclass of Palermo. His recitals have been recorded by BBC Radio 3, Swiss classical radio, Radio Mozart Italia and Rai television in Italy. Giulio holds a Bachelor in History from University of Palermo, is professor of piano at the Windsor Piano Academy and artistic director of the Windsor International Piano Competition and Windsor Piano Festival.
​